The objective of leader election is to provide one item (a process, host, thread, object, or human) specific powers in a distributed system. These specific abilities could include the capacity to delegate tasks, the ability to edit data, or even the responsibility for managing all system requests.

The election of a new leader is a powerful instrument for increasing efficiency, minimizing coordination, simplifying architectures, and lowering activities. Leader election, on the other hand, may generate additional failure modes and scale obstacles. Furthermore, leader election may make evaluating the validity of a system more challenging.

When considering whether or not a leader election is appropriate, there are three scenarios to consider.

When each node is roughly the same, and there isn’t a clear contender for a permanently assigned leader, the first circumstance arises. This means that any node can be voted as the system’s leader, and there is no single point of failure.

The second scenario occurs when the cluster is performing a very complex activity that requires close collaboration. Coordination can refer to various things, including deciding how the work will be divided, assigning work to certain nodes, and combining work outcomes from various nodes.

Consider the case of a scientific computation aimed at determining how a protein folds. This computation can take a long time due to many possible answers, but it will be significantly sped up if it is dispersed. A leader node will be required to allocate each node to a distinct component of the computation and then combine the results to obtain the whole folded protein configuration.

When a system executes many distributed writes to data and requires good consistency, the third instance where leader election brings value is when it executes many distributed writes to data. You can learn more about consistency in our Databases article. Still, it basically means that no matter which node processes a request, the user will always have the most recent data version. In this case, a leader ensures consistency by being the source of truth about the system’s most recent condition (and the leader election algorithm must preserve this properly).

Although not all applications require strong consistency, you can imagine how important it would be for a bank to ensure that a user’s bank account total is accurate regardless of which server responds to their online banking request and that multiple transactions directed to the same bank account do not conflict with one another.

Advantages and disadvantages of leader election

Leader election is a common pattern in distributed systems because it has some significant advantages:

With as few back-and-forth interactions as feasible, a leader election algorithm guides a cluster to agree on one node to operate as a leader jointly.

In general, the method assigns each node one of three states: Leader, Follower, or Candidate. In addition, the leader will be required to pass a “health check” or “heartbeat” regularly so that follower nodes may determine if the leader has been unavailable or failed, and a new one must be elected.

Because any number of nodes in an asynchronous cluster can lag indefinitely, the leader election procedure can’t ensure both safety (no more than one leader will be elected) and liveness (every node will finish the election). In practice, implementations choose to ensure safety because it has more serious consequences for the service.

Synchronous algorithms are easy to reason about and potentially desirable because they can guarantee both safety and liveness. However, in practice, synchronizing a cluster necessitates imposing extra limits on how it runs, which aren’t necessarily possible or scalable.

A simple synchronous leader election technique is the Bully Algorithm. This approach necessitates that each node has a unique numeric id and that all nodes in the cluster know each other’s ids.

When a node starts up or the current leader fails the health check, the election process begins. There are two possibilities:

Paxos is a general consensus protocol that can be used for asynchronous leader elections. Paxos models the distributed system using state machine replication and then chooses a leader by having some nodes suggest a leader and some nodes accept proposals. When a quorum of (enough) accepting nodes vote for the same proposed leader, that proposed leader takes over as the actual leader.

Raft is a popular alternative to Paxos because it is easier to comprehend and thus implement and use. Raft is a non-blocking algorithm.

Each node in the Raft consensus keeps track of the current “election term.” Each node increments its copy of the term number and listens for messages from other nodes when the leader election begins. If the node does not hear anything after a random interval, it will become a candidate leader and ask other nodes for votes.

If the candidate wins a majority of votes, it becomes the leader, and if another candidate with a higher term number sends a message, it concedes. If the election is split or the timer runs out without a consensus, the algorithm resumes. Restarts are rare because random timeouts prevent nodes from colliding.

Apache Zookeeper is a “self-distributed and highly dependable” centralized coordination service. The Apache ZooKeeper philosophy is that distributed system coordination is tough; hence it’s better to have a shared open-source implementation with all the key components so your service doesn’t have to reimplement everything from scratch. In big distributed systems, this is extremely useful.

Apache ZooKeeper uses the ZAB (ZooKeeper Atomic Broadcast) protocol to manage leader election, replication order guarantees, and node recovery. Because the leader “broadcasts” state changes to followers, it is known as this. This ensures that writes are consistent and propagated to all nodes. The ZAB algorithm is an asynchronous algorithm.

Leader election is a strong technique that may be employed in systems to help make them more fault-tolerant and easier to use. However, when we employ leader election, we pay close attention to the guarantees that each protocol gives and, more critically, does not give.

We Welcome Doubts and Feedback!

Latency is an essential concept in System Design that determines how fast the data transfers from the client to the server and back to the client. Latency is a direct measure of performance, i.e., the lower the Latency, the better the performance. In this blog, we'll focus on the conceptual understanding of Latency, how it impacts the system's performance, and what measures should be adopted to improve the Latency of the system.

MapReduce is a batch processing programming paradigm that enables massive scalability across a large number of servers in a Hadoop cluster. It was published in 2004, was called “the algorithm that makes Google so massively scalable.” MapReduce is a relatively low-level programming model compared to the parallel processing systems developed for data warehouses many years previously. 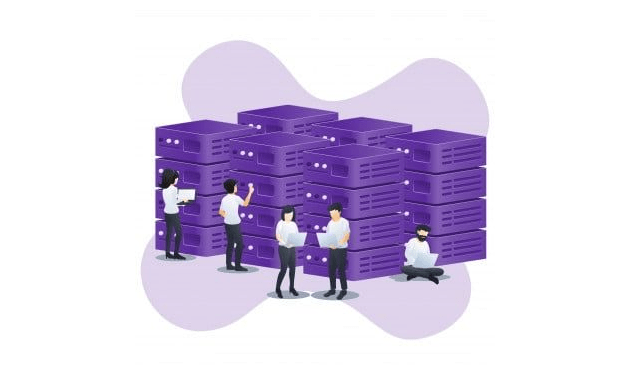 Have you ever been in a dilemma while choosing the most appropriate storage type for your application? What could be the most viable storage type that could meet the business expectations and offers efficient services? The primary factor behind selecting the database is the data structure and the kind of operations associated with it. But before diving deep into selecting a suitable database, it is necessary to have a clear understanding of the structure and the functionalities of each kind of database. Databases are broadly categorized into Relational (SQL) and Non-Relational (NoSQL) databases.

A load balancer is a software or a hardware device that sits between clients and a set of servers and basically has a balancing workload across resources. Not only do load balancers save our server or multiple servers from overloading, but it also increases the throughput of your system.

Consistent Hashing is the most widely used concept in a distributed system as it offers considerable flexibility in the scaling of the application. This blog discusses the key concepts and approaches which comes in handy while scaling out the distributed storage system. Consistent Hashing is beneficial and frequently applied to solving various system related challenges and is quite helpful in System Design Interviews.

Polling is a technique that allows the servers to push information to a client. Long polling is a version of traditional polling that allows the server to send data to a client whenever available. It involves the Client requesting information from the server in the same way that standard polling does, but with the caveat that the server may not respond right away. A complete answer is delivered to the Client once the data is accessible.